Minoan Era Style, Rytho with the shape of a Bull’s Head.

In Cretan mythology,the Cretan Bull was the bull Pasiphae fell in love with, giving birth to the Minotaur.The Cretan Bull which fathered the Minotaur was white, originally calm and sent from Poseidon.In Minoan Crete the bull was the subject of veneration and worship. Representation of the Bull at the palace of Knossos is a widespread symbol in the art and decoration of this archaeological site.The assumption, widely debated by scholars, is that the iconography represents a ritual sport and/or performance in which human athletes literally vaulted over bulls as part of a ceremonial rite. This ritual consists of an acrobatic leap over a bull. When the leaper grasps the bull’s horns, the bull will violently jerk his neck upwards giving the leaper the momentum necessary to perform somersaults and other acrobatic tricks or stunts.14th CENT B.C 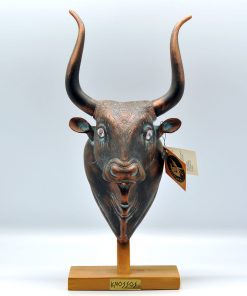 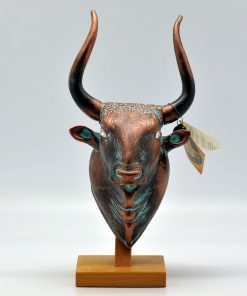 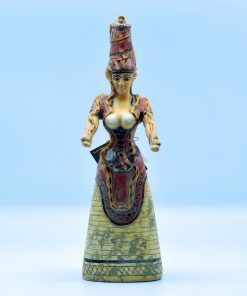 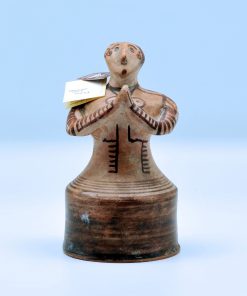 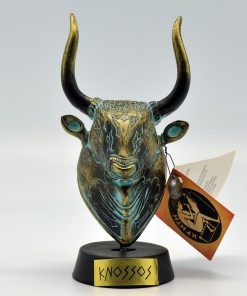 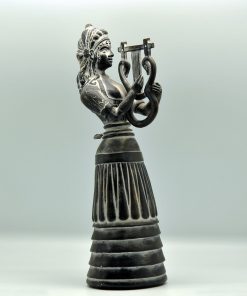 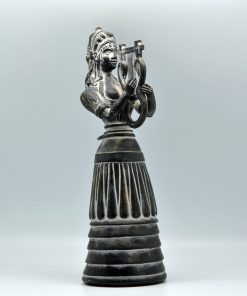 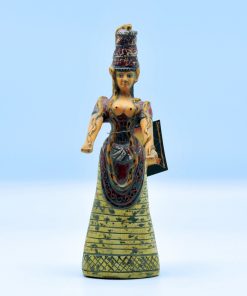 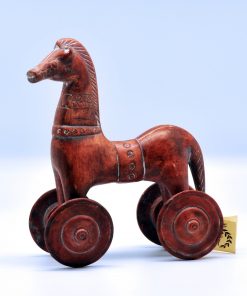 81.00 €
We use cookies on our website to give you the most relevant experience by remembering your preferences and repeat visits. By clicking “Accept All”, you consent to the use of ALL the cookies. However, you may visit "Cookie Settings" to provide a controlled consent.
Cookie SettingsAccept All
Manage consent